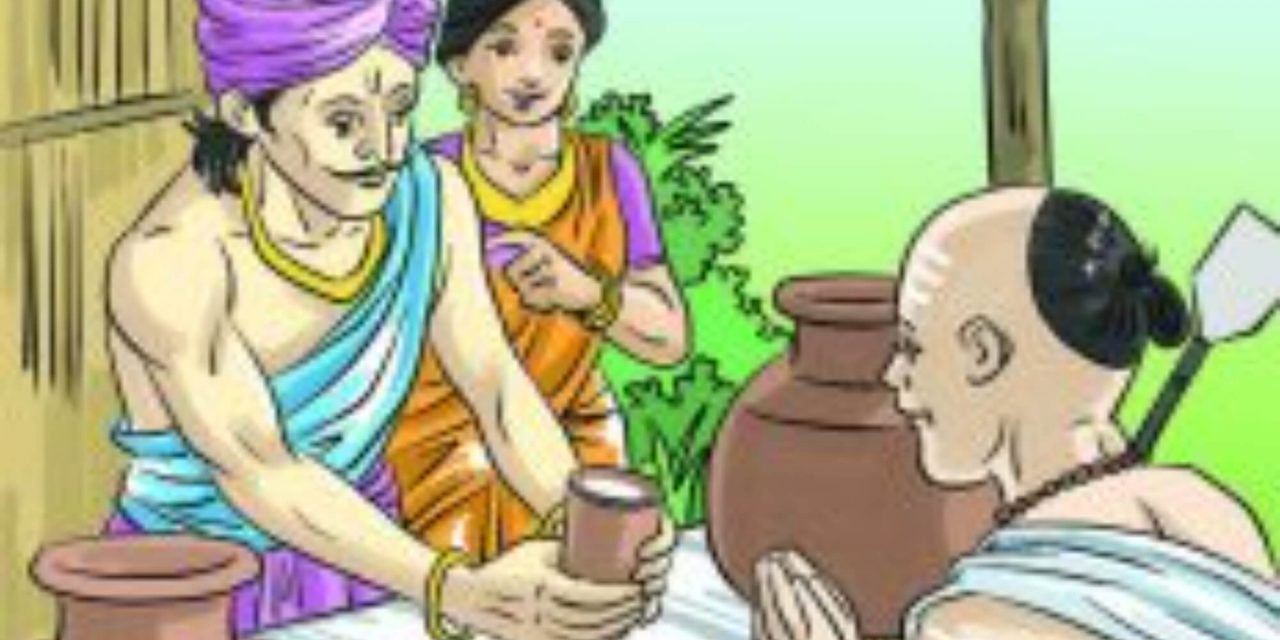 Apputhi Adigal ( means, great devotee) was born in the village of Thingalur in the Chola kingdom, in the 7th century A. D. Presently in the Thanjavur district, in the Indian state of Tamil Nadu, the village is famous for its Kailasanthar Temple dedicated to Shiva, the first and foremost god of Shaivism.

His family had the job of reciting the Vedic scriptures. He was a staunch devotee of Shiva and a follower of Appar, who he regarded as his guru even though he has never met Appar.

He named his son, cows and everything else in his house “Tirunavukkarasu”, after Appar (Thirunavukkarasar). He worshipped Appar and erected rest houses (madalayam) and water pandals (serving out water and buttermilk drinks to thirsty pilgrims) and dug ponds, for devotees of Shiva to dip themselves before entering the temples, and named them after Appar.

Once, after worshipping at the Shiva temple at Thirupuvanam, Appar decided to visit Lord Shiva at the Kailasanathar temple at Thingalur. Walking a long distance, he became very thirsty. Looking around, he saw some pandals (marquee) and he went to a pandal that was distributing food and water freely to pilgrims and saw his own name “Thirunavukkarasar Water Pandal”, written there on the name board. (Pandals were and still are a common practice of devotees or businesses who can afford so to set up and distribute food, drinks, and water to pilgrims and in this case, the pandals were in Appar’s name instead of the actual devotee or volunteer).

Upon inquiry, fellow pilgrims informed him that the Pandals were being set up by a great devotee of Lord Shiva, Apputhi Adikal who follow the path of Appar whom he considers as his guru.

Surprised by that, Appar went to the home of Apputhi Adigal who had no idea that the visitor was Appar, himself, welcomed the aged pilgrim.

Both bowed to each other and the guest asked Apputhi if he ever saw Appar.

For which Appothi adikal said, ‘no, but hopefully soon and then Appar politely asked the reason why he did not name the pandals after himself, but in the name of somebody else whom he never met. “Was that guy, Thirunavukarasar, worthy of these”?, asked Appar with great politeness.

Apputhi was annoyed by the “causal reference” of the name of his guru. He said he was disappointed that the guest who seems to be an aged devotee of Lord Shiva, never heard of Appar or his greatness or even the services he was tendering to Saivism.

Realizing that the host and his family were greatly annoyed, Appar, told them, “Oh dear Apputhi, please don’t be annoyed, the poor person in whose name you have set up those pandals and offer great services is standing here in front of you and I am wondering if I am worthy of these”.

Hearing that Apputhi Adigal and his whole family fell at his guru’s feet and worshipped him. Along with his family, he washed Appar’s feet and sprinkled the “holy” water on him and his kin. He requested Appar to have lunch with them; Appar consented but told them while they were preparing the lunch, he will go to the temple to worship the Lord and get back to join at the lunch.

Apputhi’s wife cooked various delicacies and called out her son (called “Tirunavukkarasu”) to rush to the backyard garden to fetch some banana leaves (traditionally lunch is served on a banana leaf which is an ancient tradition but still being followed) for the guest and the family.

It was so unfortunate that while clipping the leaf from the banana tree, a snake bit him. Before the poison took effect, so as not to delay the lunch, the boy rushed with the banana leaf to his mother.

On handling the leaf to his parents, he collapsed but requested his parents not to halt the lunch to the very rare guest. The parents thought their son had died due to the venom.

Not to delay the lunch of his guru, Apputhi and his wife hid the corpse and waited for Appar to return.

A short time later, Appar came in and before lunch, he wanted to bless the family and give out the sacred ash to the family.

Appar called out for their son to give out the holy ash and to sit with him for lunch. For which Apputhi said, “he wouldn’t be useful anymore”.

Noticing their faces, Appar realized something was not right, upon further inquiry, Apputhi revealed the truth.

Appalled, Appar got up, cried out, and said, “how can you expect me to have this food knowing what had happened” and asked them to show where the boy was.

He carried the son in his hands to the Lord Shiva’s temple and laid it in front of the sanctum prayed to Shiva with the hymn ‘Ondru Kolam’ (thevaram).

The child was resurrected. In fact, they must have thought their son was dead while he had lost his consciousness.

While the village cheered, the parents apologized to Appar for delaying his food. Appar had the meal with Apputhi and the boy.

Appar also resided at Apputhi Adigal’s home for a few days, before returning to Thirupuvanam.

At Thirupuvanam, Appar composed a hymn in honor of his host.

Apputhi Adigal is said to have earned the grace of Shiva by serving Appar.

The Periya Puranam also praises the devotion of the entire family and Apputhi Adikal was referred to as Apputhi Adikal Naayanar, one of the 63 great volunteers of Lord Shiva. 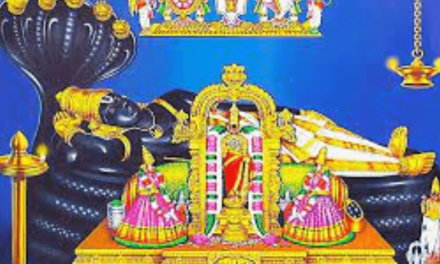 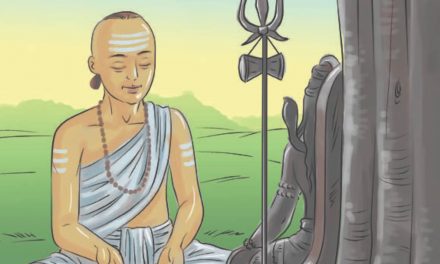